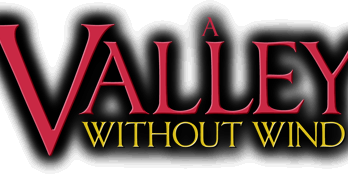 AVWW is a complete departure from what Arcen has previously developed in
terms of genre. Set in a post-ice-age world in the distant future, the
game focuses on survival and exploration. As a random survivor of this
harsh world, you decide what impact to make on it. In fact, nearly
anything you do will shape your world in some way. Span regions, even
continents if you desire. Form settlements and build shelters for safer
travel. Map your world, and face its many dangers. Being
procedurally-generated, the world is unique for each individual player
and it literally goes on forever. No two worlds are the same, and your
world permanently forms only as you discover it. Explore, scavenge,
craft, cast (yup, there’s magic), and fend off foes in a variety of
ways. Better your world by aiding other survivors and gaining their
help. Or don’t, kill everyone in sight and deal with the consequences.
It’s all up to you.


While death for your characters is permanent, weapons, loot, levels and
anything else you’ve earned while playing will always exist. If one
character dies, the player simply assumes a new survivor and the world
continues on from there. Not as if nothing happened, though. Those who
came in contact with the now-deceased will eventually catch word of
their passing, and may share feelings on the departed, for better or
worse. Current characters can even pay their respects by visiting the
player’s own personal graveyard which will contain each and every
deceased character played.

A public alpha of the game is planned for March. Those who pre-purchase A
Valley Without Wind at that time not only get a discount off the beta
version and full release prices, but will also gain immediate access to
the alpha when it becomes available. Tools for creating custom content
will come packed alongside as well, so pre-order customers will play
an integral part in the development process from alpha to launch and
can, if they like, create and submit content that may be added to the
official game release. Development plans at present are to continue on well after
post-release, so that there will always be new places to explore and new
adventures to be had.

Accompanying the AVWW announcement are seven pre-alpha screenshots and a
music and animations video from the game. They can be viewed on the main Arcen page for the game as well. For more information on A Valley Without Wind, please visit: http://www.arcengames.com/w/index.php/games/avww-features

Arcen Games entered the PC indie scene in 2009 with their cult classic
AI War: Fleet Command, which was named the 40th best-reviewed PC game of
the year by MetaCritic.  Their second year was a busy one, seeing the
release of The Zenith Remnant, the first full expansion for AI War;
Tidalis, an innovative block-based puzzle with casual appeal and
hardcore depth; and Children of Neinzul, a micro-expansion for AI War
with all profits benefiting the Child’s Play charity, of which Arcen is a
platinum sponsor.

AI War’s third and largest expansion Light of the Spire marked Arcen’s
first release of 2011, and now the company has shifted its focus and
excitement to the development of A Valley Without Wind. Originally a
one-man shop, Arcen Games has grown to have half a dozen part-time or
fulltime contributors to its various titles.