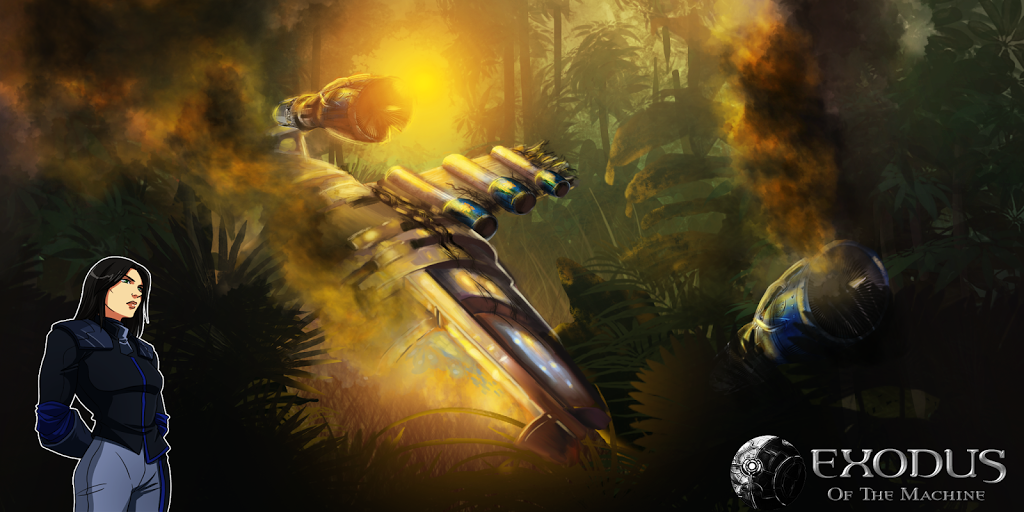 Exodus Of The Machine is a new strategic journey game by Arcen Games, set in the universe of the cult classic AI War: Fleet Command.  Lead a team trapped on a hostile planet and desperately pursuing a threat which could destroy humanity outright.

Vicious predators, clashing armies, and political intrigue stand in your way.  None can stand before your modern weapons, but where do you use your limited ammunition?  Do you resort to diplomacy, or native weapons?  Will you fall to disease or run out of food stores?  Can you get to the end in time?

Exodus combines Arcen’s love of all things strategic within a framework reminiscent of our old favorite Oregon Trail. 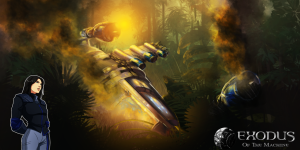 This is a title we’ve been quietly working on.  It’s “coming soon,” which is a vague way of saying that it will be in 2013 but that we don’t want to commit to a date yet.  We wanted to share a bit with you about what we’re working on, but right now the above is all we’re comfortable revealing.  We’ll have something a bit more meaty for you next time!