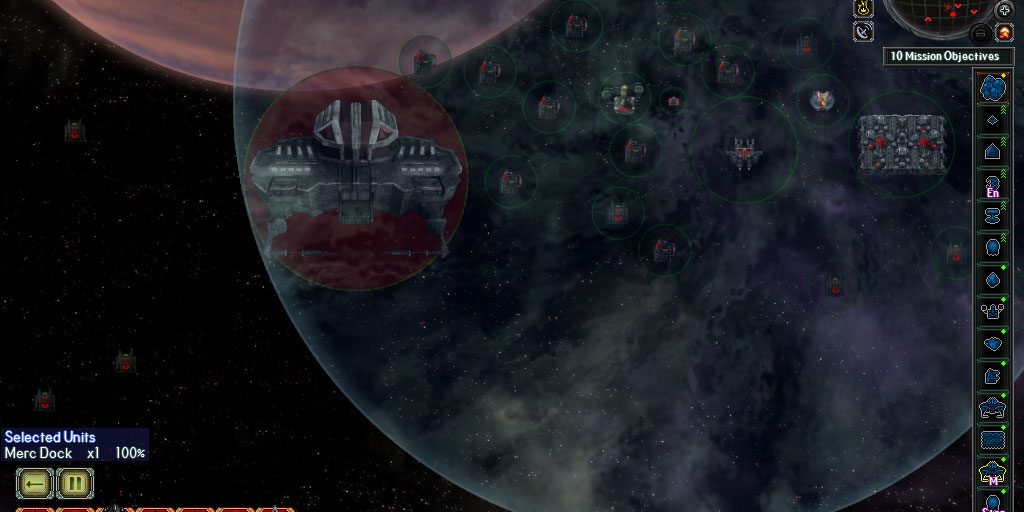 The full release notes are on the Arcen forums.  This update is mainly a maintenance release, with a variety of balance tweaks and bugfixes.

Platform Porting Has Started: What Does This Mean For The Coming Schedule?
In other news, as of a couple of days ago, work has now begun in earnest on the AI War port to Unity 3D (which adds in Mac OSX support, but also does a bunch of positive things for the game in general even on Windows).  We’d been spending the last while preparing in various ways for that shift in focus, but now we’ve made the leap.  Some players have already been wondering if there will be more updates before the port is done.

The short answer is: not many, if any.  Mainly critical fixes, and that’s about it for a few weeks.  Right now our goal is to work as hard as we can on the port, to go ahead and get it to the point where we can do a public beta of that, and then we’ll resume our “regular programming,” so to speak.  The beta of the Unity version of AI War will need at least a month of public beta, and the longer we wait on getting it to the point of public beta, the longer it pushes out the next official release of the game in general: right now we’re hoping for mid-October for the next official release, and to have the first beta version of the Unity port within about 2-3 weeks, but we’ll just see how things go on both those fronts, those are both subject to change. 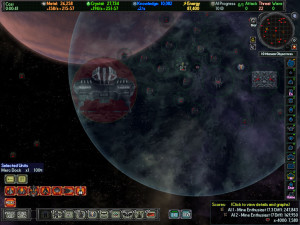 A lot of the uncertainty comes from the fact that this is, frankly, a massive undertaking and there is just Keith and I working on this.  With Tidalis it took us a  month to port it to Unity, but the Unity platform was new to us then (it’s not now); and we didn’t have an established meta-framework for graphics, UI, etc, on top of the base platform (we do now); and we hadn’t done any prep work to get that game port-ready in advance (whereas we’ve done a lot of that with AI War).

On the other hand, AI War is a lot larger and more resource-intensive (which might mean more refactoring, and definitely means more initial porting work in general); and, worse-for-the-schedule, my son is due to be born basically anytime now.  It’s the first for my wife and I, and he’s already created a number of disruptions for me this week with false alarms and just general exhaustion and so forth, so even before he’s born I’m at less than full speed.  After he’s born I’m going to be focusing on being a new dad for three weeks or so, and will not be around the site and the forums much at all; I’ll be having an hour or two per day to handle general business work for Arcen, and to do designer/producer type work, and possibly to get in a smidge of programming.  But in any case, I suspect my energy stores will be running on low and so the more intensive parts of the porting will likely be beyond my capabilities until I’m back from paternity leave.  Plus I’m just really looking forward to being a new dad and don’t want to miss important things during those very first weeks.

So… we’ll just see how this all plays out.  The overall schedule goals I’ve stated were made with knowing all this, but with so much of the burden falling on Keith, and him just being part-time and having a young family of his own to also look after, there are always many variables that can’t be predicted.  I think it will all work out well in approximately the time schedule that we want, but we’ll keep everyone up to date as things progress.

What Does This Mean For The Children of Neinzul Micro-Expansion?

Not a lot, really.  This has been our plan from the start.  The CoN micro-expansion is materially complete at this stage, and just in need of a lot of playtesting, and the resultant balance tweaks and bugfixes.  The above means that those bugfixes and balance tweaks won’t be very forthcoming during the next 2-3 weeks or so, until the betas of the Unity port are out, but we’d still love to have feedback from players and we’ll get to those items that do come up as soon as we are able, when the ported betas become public.

The official release of the CoN expansion will be on the same day as the official release of the ported-to-Unity AI War 4.0 version: so, mid-October is our best estimate at the moment.  But certainly the betas of the expansion are quite functional (and quite fun) at the moment, even if they are a bit rough in a few parts pending more player feedback and playtesting (that’s just the process any new expansion has to go through, eh?).  And even during our beta/preorder period, all of the proceeds are still going to be going to the Child’s Play charity.  As our first payments comes in from our distribution partners for CoN revenue, we’ll be making our first donations to the charity and posting updates about that.  It’s very exciting for us, and we’ve already made some solid progress toward our goal of raising $14,000.00 for that charity this year — before the game is even fully released!

What Else Is Coming In AI War 4.0?
So, the big thing in AI War 4.0 is that Mac OSX support is coming, and that it’s paired with the CoN charity micro-expansion.  However, for those who have been following the sixty-nine betas since the last official version 3.120 back in May, they know that a ton has changed in the base game itself.  Those release notes are over 26,000 words long already, or over 104 pages of a novel.  And that’s before the port to Unity 3D, the stuff that is already out.

In the last few weeks we’ve intentionally been doing a lot of significant changes, to give people a lot of new stuff to play with while we’re away for a few weeks with the porting and my paternity leave and all that.  After the porting is done, we plan on spending a full month (at least) in beta on the ported version, with porting-related testing and fixes, as well as balance tweaks and fixes based on all the other new stuff we’ve added lately.

But that’s not all, of course!  We’re also expecting to be adding yet more new ships and mechanics and such during that time period, continuing the trend of the last few weeks.  We want at least two weeks of balance/bugfix changes only at the end of our month post-porting testing cycle, but during that first two weeks of the testing cycle we intend to pack in some more goodies.

What Happens After AI War 4.0?
After AI War 4.0, our focus is largely going to be shifting to a game we’re calling “Alden Ridge Arcade” for the moment.  This isn’t the full Alden Ridge game that we’ve been talking about for the last year or so, but it’s a smaller, arcade-focused spinoff of it.  After all these huge projects, we wanted something a bit smaller to tackle for the latter part of this year.  The idea is basically to have it be a really focused, polished experience based around some clever and strategy-rich arcade gameplay that we’ve come up with.  More on that later.

And aside from Alden Ridge Arcade, there will of course be more updates to both AI War and Tidalis, as always.  Our next full project (most likely the full-blown Alden Ridge game) will be kicking off in 2011, and there will be another full-sized expansion for AI War sometime next year, too.  But bimonthly-or-so updates for both AI War and Tidalis will continue throughout that whole period, of course.  With Tidalis it’s minor tweaks, a few new blocks or mechanics from the Design a Block contest, and community-submitted levels and similar content.  With AI War, it will be back to more or less the sort of general updates and content additions that were common earlier this year while we were working on Tidalis (but before we got to the very end).

Lots of exciting stuff in the works!  Thanks to all our awesome players for their support.