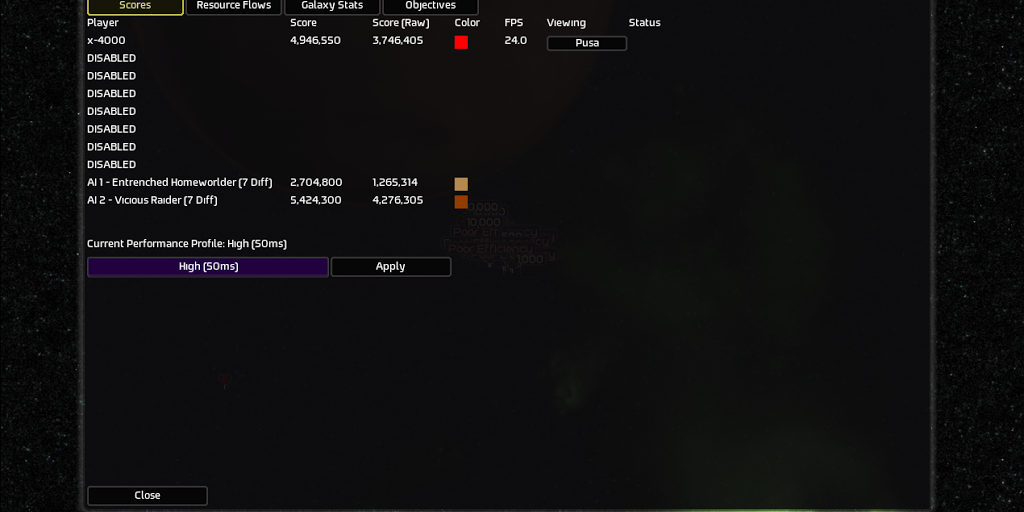 We normally aren’t in the habit of naming our beta releases — they come too frequently, and generally have too little individually to warrant such a thing.  However, this particular release is an exception.  We basically took a sledge hammer to a goodly number of parts of the game (kitchen, dining room, you know), and have been remodeling those parts. 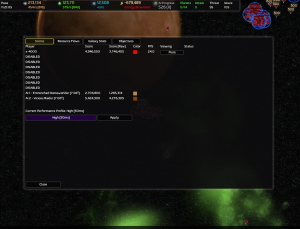 The result is something which has better performance in general, and which has new “Performance Profiles” to meet the demands of a wider variety of machines.  This was the chief goal of this release.  The default profile is High, which mirrors what the older versions of AI War used (Average was what the last few releases, and some players were feeling this was too choppy). But also, this release includes:

Known issues with this one (from the new stuff):