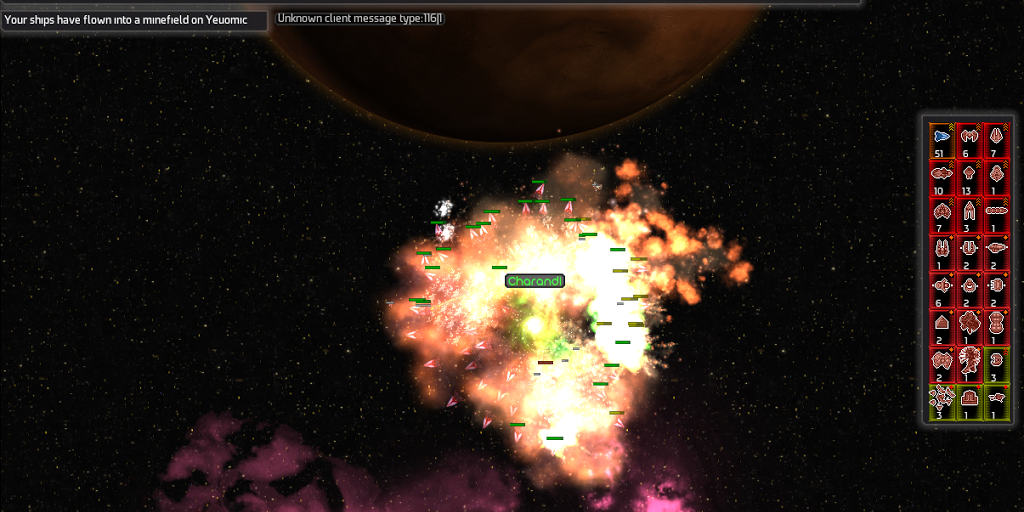 Well!  It’s been a long time since we’ve done a beta release.  About a month, which around here is just absolutely ages.  The porting of AI War to the new engine has been… intense.  No more so than we knew it would be, but that’s still quite a challenge.

That said, we’ve been busy adding new stuff.  That ginormous wiki page just chronicles what is different from the most recent pre-4.0 beta (which also had a ton of changes, incidentally), rather than detailing all of the nitty-gritty porting work.  See the following link for a list of known issues, which includes features that simply haven’t been integrated into the beta yet.  If that list seems long, it’s not — we’ll have the bulk of that knocked out in the next week, or at least that’s the plan.

So what all is new?  Well, the graphics, for one thing.  All the shots, explosions, special effects, menus and HUD, fonts, and starfield backgrounds have been massively upgraded — well, really, completely replaced — and the combined effect is pretty incredible.  There are still some work-in-progress parts to the menus and HUD in particular, but the net effect is pretty amazing; we’ve gotten so used to this that it’s hard to contemplate using the older version at all.

Beyond the graphics (which look best in motion, by far), the list is diverse and lengthy.  We heartily refer you to the release notes. 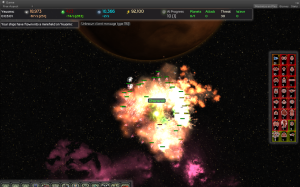 This Is An Early Beta
That’s an important point.  There are features missing, and there are known bugs.  And a lot of it hasn’t been tested all that well just yet, as it’s so hot-off-the-presses.  In other words:

If you fall into that second camp: thanks in advance!  We need the help of folks like you, to make sure no serious issues slip past into the official 4.0 release.  If you find something that’s not already on our known issues list, please report it as a bug in our bug tracker, not in the forums.

We don’t want to warn anyone off of the 3.700 beta — it’s a pretty incredible bit of work, if we do say so ourselves, and a substantial upgrade from 3.189 — but we’d absolutely hate for someone’s first experience with AI War to be with the 3.700 version, because it’s significantly rougher around the edges and less polished than is our custom even for betas.

P.S. — Make sure that you take note of the “AI War Pre-4.0 Settings Importer” application that you’ll find in your start menu.  The importer allows you to import pre-4.0 settings files into the new 4.0
version. Unfortunately, the new versions of AI War can’t directly read
the legacy settings files because of a bug in the Mono framework
(regarding deserializing generic collections, if you’re curious).  Our settings importer tool also moves across savegame files as a
convenience, although there is no compatibility issue with them.

P.P.S. — Also, today’s beta is just for windows.  Not to slight the people who’ve been waiting on the OSX version, but we were doing good just to get this one out, and it’s already 2am at that.  We also want to make sure we get the tutorials in there before we do any OSX-based version, as we have a sneaky feeling that some people will make the 4.0 betas their first experience with the game despite our admonitions not to do so.  Hey, when you only have the one option on your platform… we can relate.

P.P.S. — The forum discussion on this release is here.