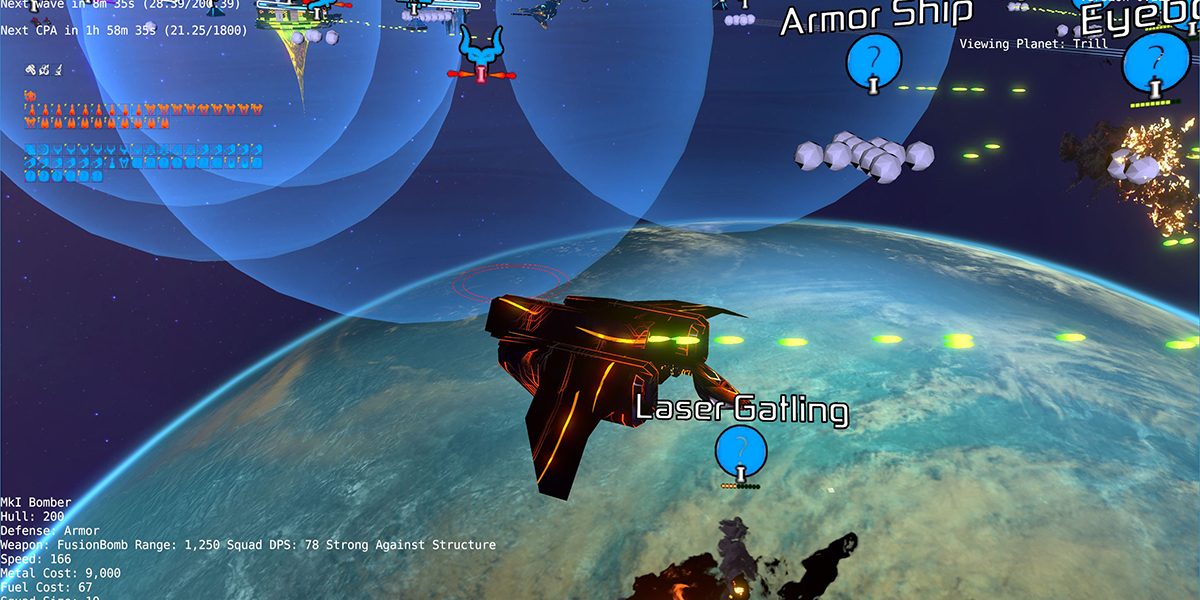 We’ve had several releases since I last did a blog post announcing one, and that was mostly due to me simply not having time at the end of a long day each time.

What We’ve Been Up To

That said, the prior versions were not really fully reflective of how much work is going on lately, even so.  The new planetary sidebar is an awesome thing (even in a somewhat early state), and the new shot lerping and smooth rotation of ships helps to improve the visual polish a great deal.  There’s still a lot more visual polish things for me to do (and some visual performance ones) prior to the Early Access launch about a month from now, but it’s proceeding on a good pace.

Less visibly, behind the scenes Blue has been cranking out new ship designs with great gusto, and Cinth has been wiring them up so that they can be used.  Keith has been doing massive amounts of underlying code work to support the various systems that all sorts of ships need in order to function.  These things were frustratingly invisible, but now they’re starting to bear visible fruit.

Version 0.119, which is now out, is the first of seven ship batches that Keith has planned for during alpha.  Overall there are 24 new ships in this one, so I believe that about triples the number of ships the game previously had.  There are about 70 overall types of ships planned for during the pre-Early-Access alpha.  After that, there’s another 60ish ships planned prior to 1.0. 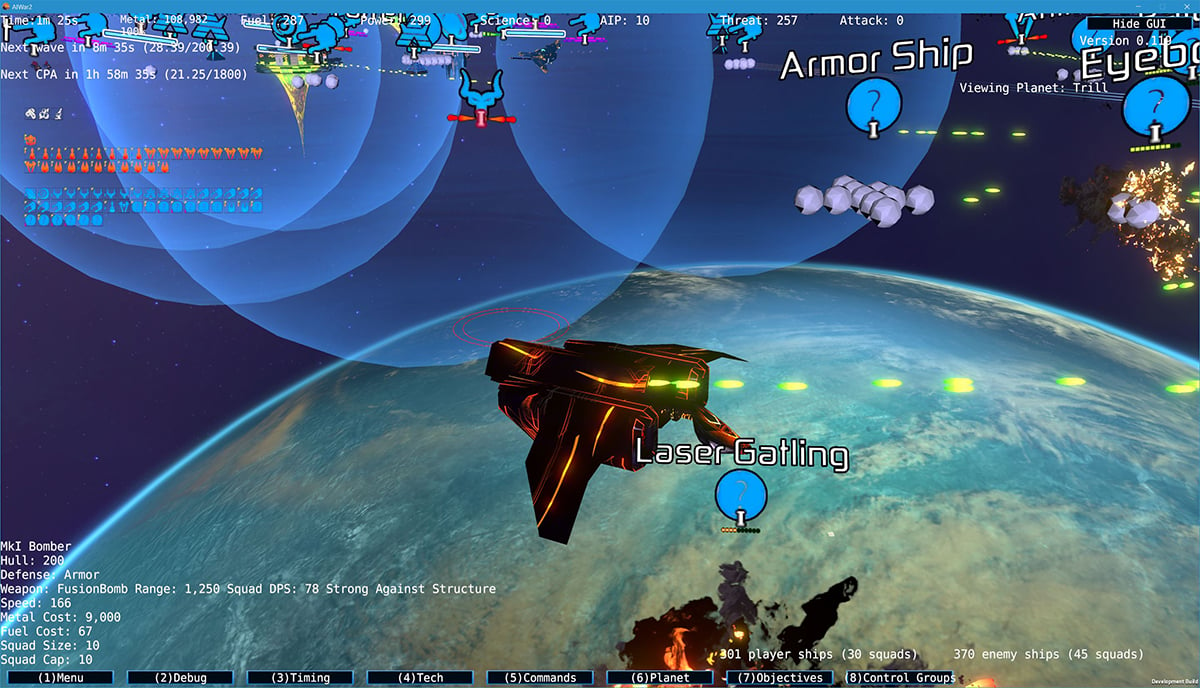 Art For Ships vs Logic For Ships

Progress is happening well on all of that, although when it comes to actually having ships in game (playable) versus art-is-done (looking like the actual ship) is a mishmash.  Some of the ships are in the game without having graphics completed (or wired-up) yet, and those just show with their name and little rock-shapes.

From the look of things, we should have all of the alpha ships done in the next month (visually speaking), so that should coincide well with the Early Access date.  For the post-alpha stuff, I don’t have an estimate on how long that will precisely take, but I’m guessing 3+ months after EA starts.

And then lastly, there’s 21 specific art variants that high-level backers commissioned; 10 custom arks, 1 ark or flagship (up to the backer), 2 derelict fortresses, 4 flagships, and and 4 gold-merc-backer-level merc ship paint jobs.  These are things that we’ll start discussing with those backers once all of the other ship art is in, so that they can see what is there already when they’re trying to decide what they want to ask Blue to cook up. 🙂

All in all? Things seem to be on schedule.  We’re behind in some areas (I had planned on doing sound effects before now), but ahead in others (some of the modding and balance capabilities are more advanced than I’d expected at this point).