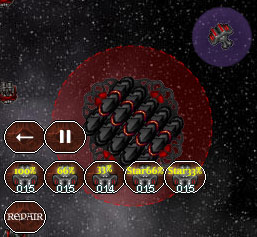 Arcen Games is pleased to announce the release of AI War: Fleet Command version 1.009. You can download a trial version of the game, as well as purchase a license key to unlock the full version. If you already have the game or demo installed, just hit “Check For Updates” inside the game to get the latest patch.

This release also contains another large batch of improvements, tweaks, and extensions based on player suggestions.  Here are some of the highlights:

– There is now a visual and auditory warning when any of your command stations are attacked.

– The game now supports cheats.  See the ArcenWiki for a full listing.

– The AI is much more deadly with how it sends its freed ships through wormholes.

– Health bars are now colorized, and now there is an option to show them even in far zoom.

– Several efficiency improvements have been added for how the host deals with the AI thread.

– It is now possible to keep playing after a victory/loss, just without score increases.

– If a music stream gets corrupted, it will no longer crash the game.

– Fixed a bug in the prior release with long-range shots aimed at force fields missing.

– The last uses of floating point math have been removed, which helps to avoid desyncs.

The above list is just a sampling, however, so be sure to check out the full release notes to see everything (attached at the end of this post).  More free DLC will be heading your way next week. Enjoy!