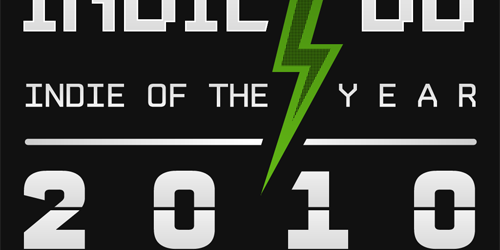 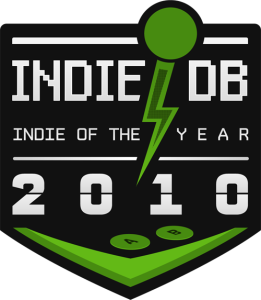 We wanted to take a quick moment to let you know that three of our games are on the selection list for the 2010 Indie Of The Year Awards. The selection is very simple, as it’s up to the fans to get the games to the next Top 50 round! All you have to do is go onto www.indiedb.com, and vote for your favorite Indie games of the year before November 30th. If you could take a moment of your time and go on to vote for our games, we’d really appreciate it! Here are the links to our games:

If you’re already a member of IndieDB, then sign in first before you vote. Otherwise, you can vote as a guest too (although sometimes it will make you wait 3 minutes between votes if you’re a guest).

Be sure to click on the link, go half way down the page and click on the green button that says “Vote for this indie: In the 2010 IOTY Awards”. You can only vote for each game once, but be sure to vote for all three games.

As always, thank you so much for your support! Check out the awards video as well, you might see a game you recognize on there!