You are here:
A Valley Without Wind 2 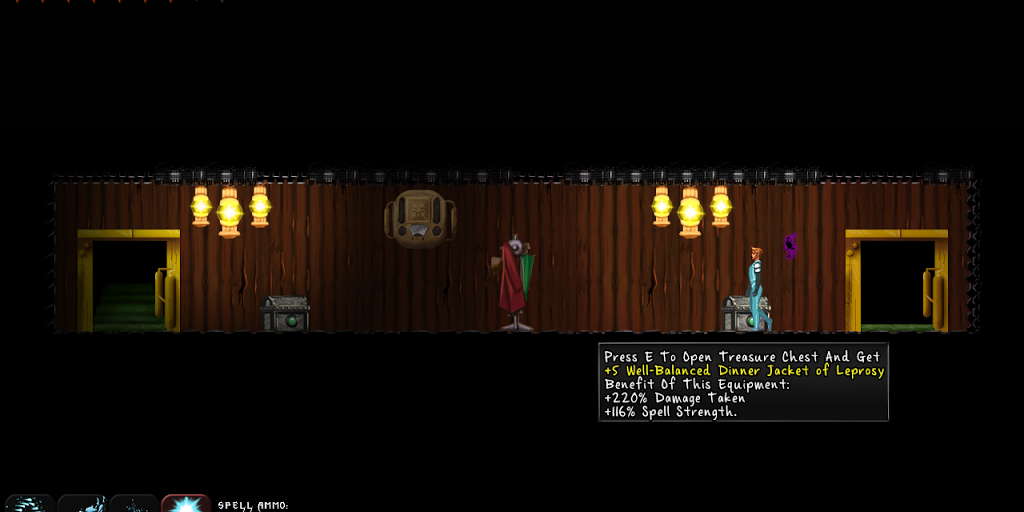 This one is the second release for the day.  I thought about calling it “HUD 2: The HUDDING,” but decided against it.  Suffice it to say, the thing I’m most excited about in this release are the massive improvements to the main GUI and various sub-menus in the interface.  Here’s a screenshot! 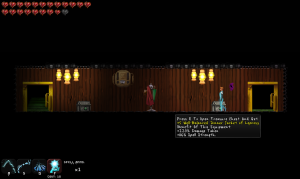 Note that my character is level 16 and has basically all the perks for health turned on in order to get a life bar that big.  So he’s a bit of a health tank but not that strong in terms of his output.  Also he’s basically out of ammo, so the ammo donut has shrunk down out of sight in the bottom of the HUD; that icon is still there.  Note that it now labels what the donut is, and also labels the ammo cost of the fourth spell slot, too, though.

Really, though, the biggest thing in this release from a non-existing-player’s standpoint are a whole plethora of improvements to help them get into the game easier.  Some of these improvements also just make life easier for existing players — it’s nothing changing the core game itself, just more interface and documentation items, mainly.

There’s also now a new cheats window that you can open up with the L key when you have cheats mode on, and it lets you do a ton of cheaty stuff.  More to the point, this is actually the bulk of our internal debugging menu, and some players wanted access to this stuff to help them with testing (which is why we have it in the first place for ourselves).

Oh yeah!  And there is now a low-pitched, non-annoying text scroll sound effect for
dialogue like old-school games generally had, emphasizing the old-school
roots the game has.  I’m really grateful to Pepisolo for suggesting this, and I need to really remember to also put this into Shattered Haven as soon as I have a chance.  It really adds a lot, I think.

This is a standard update that you can download through the in-game updater itself, if you already have any version of the game.  If you have the beta on Steam, it will automatically update for you.  When you launch the game, you’ll see the notice of the update having been found if you’re connected to the Internet at the time. If you don’t have the standalone game, you can download that here.  If you already own the first game, just use your existing license key to unlock the sequel for free!

Category: A Valley Without Wind 2By Chris McElligott ParkFebruary 9, 2013Leave a comment