Arcen Games is pleased to announce that The Zenith
Remnant, the first expansion to its popular space RTS AI War, is now
available for preorder.  This expansion is still in the early stages of
development, but we’re making the alpha/beta versions available to
anyone on a trial basis, and in full for anyone who preorders, so that
our community can be involved with feedback and ideas as development
progresses.  This sort of open development process has been so
successful for our 2.0 version that we just couldn’t cut our community
out of even the earliest stages of our expansion.

What Is Planned For The Final Release?

To some extent, exactly what is planned is a bit uncertain, and for a
very good reason — we plan
to rely on community feedback and discussion to help us build the
product as we go.  That said, there
are a lot of very specific ideas that are now on the schedule for
implementation:
This is
the list
of planned features, and you’re free to comment on any of them at any
time.

As you can see, we actually
have over 80% of the planned features somewhat finalized, but then again
nothing is finalized until we
go live.  If players hate a feature, or a better one surfaces before we
get started on one idea, then
we’re going to adjust our plans accordingly — that’s the uncertainty
mentioned above.

In a broad sense, here’s what will definitely be in the expansion:

* At least 12 new ship classes with a variety of abilities.

* At least 5 new “capturables” other than Golems.

* A new, neutral minor faction in the galaxy: the Zenith Aliens
(NPCs). 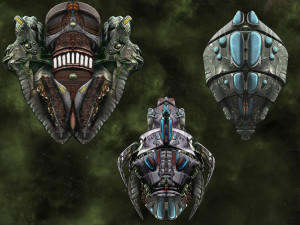