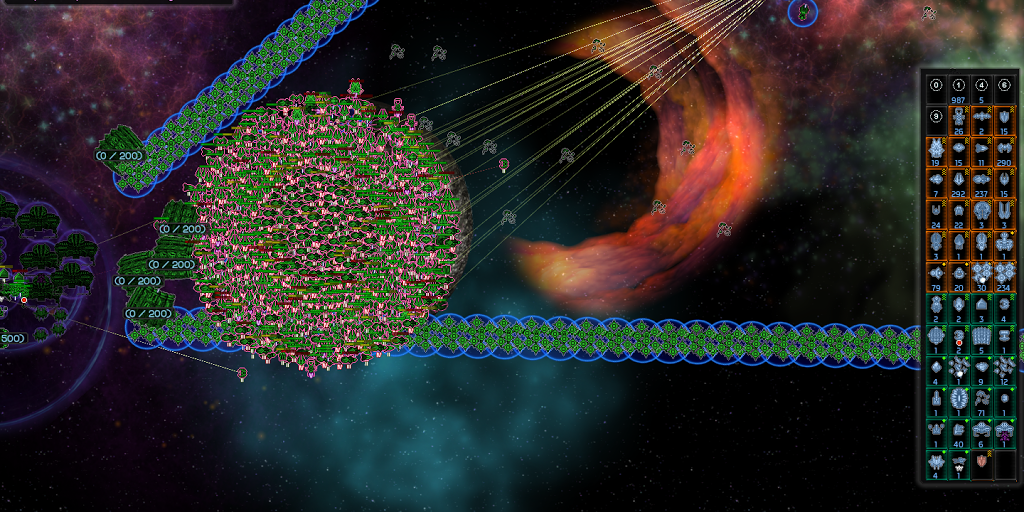 However, one of the things I’ve been really unhappy with since I got a nicer higher-contrast monitor last year has been the nebulae backgrounds in AI War.  Some things that had looked smooth and nice on my old monitor suddenly looked dated and jagged.  So as my big graphical contribution to the 6.0 version of the base game, I’ve redone all that using the awesome assets from Eldon Harris again.  Plus a bunch of new algorithms to make it all actually work in a pleasing procedural fashion in the game, of course. 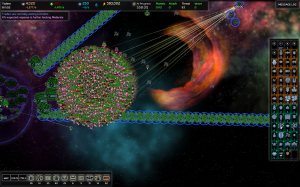 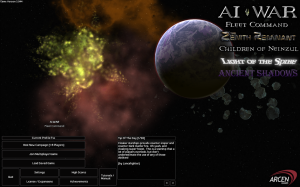 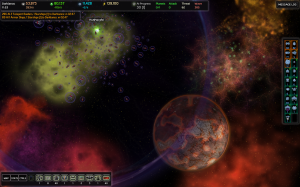 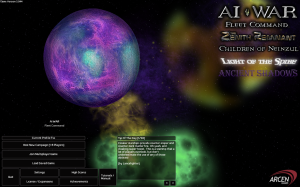 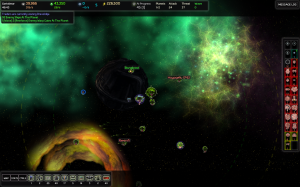 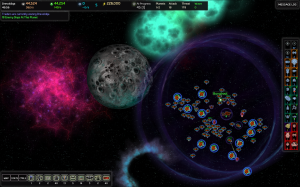 You don’t have to wait all the way until 6.0 comes out to get this visual upgrade, fortunately — with the next beta prerelease, 5.045, that will be included!  Also note that this huge upgrade to the visuals doesn’t really come with much in the way of performance cost on most GPUs.  It does have some cost on moderate to older GPUs, but as always you can turn the nebulae off if you wish.  But on anything approaching a modern GPU, it pretty much laughs at the workload from this. 🙂