You are here:
A Valley Without WindReviews 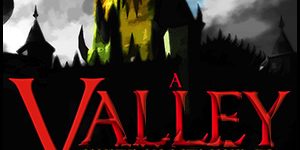 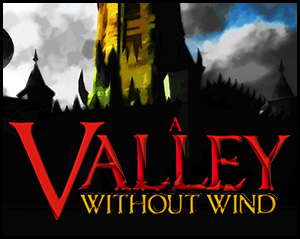 As you may have heard today’s A Valley Without Wind’s launch went well in several ways, but the day wrapped with us having to move the game’s release on a couple distributors (Steam and Gamestop) back until tomorrow. Everything is progressing well, we just ran out of time tonight.

Reviews, Impressions, and Interviews
Still there was a great amount of press regarding AVWW already popping up that we wanted to share right away.

GameZombie.tv gave the game a 4/5, informing us the title brought ‘some of the coolest gameplay in a 2012 game.’ Nice!

TruePCGaming ran a terrific interview with Chris which ended up being featured predominantly in /r/indiegaming.

RTSGuru’s Christina Gonzalez found a lot for strategy gamers to like about AVWW and seemed pleased to discover us and our booth at PAX East, as she explains in her piece An Adventure With Strategy Game Roots.

KingIsaacLinksr has begun an extensive, and on-going review of the game over on his blog.

Game Rant compared and contrasted the title favorably to some other (fairly popular) open world indie affairs out there.

VGMMDI gave the title a ‘solid’ 7/10, delighting in the replayability factor.

Launch Coverage
On top of all those great in-depth pieces, we received launch day coverage from some very awesome outlets:

The Verge/Polygon — A Valley Without Wind Hits Steam Today

Rock, Paper, Shotgun — The Final Draft: A Valley Without Wind

IndieGameMag — As I Walk Through The Valley: A Valley Without Wind Gets Release Trailer

IncGamers — A Valley Without Wind Breezes Out Of Beta

We also caught sight of a few new gameplay videos in the wild.

More to come tomorrow we expect!