You are here:
AI WarMusic

The soundtrack from AI War has been widely praised, and with good
reason. If you can’t get enough of the music while playing the game, or
you love the music but RTS games just aren’t your thing, you’re in
luck: iTunes is now carrying the original soundtrack (OST) for the
game! 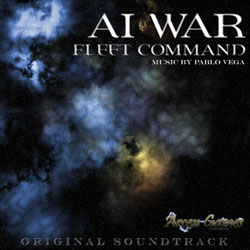 In the iTunes store, just do a search for either “Pablo Vega” or “AI
War: Fleet Command.” All of the proceeds from iTunes sales go directly
to the composer. He did an awesome job, above and beyond the call of
duty for any contractor, and we’re really looking forward to bringing
him on board as a fulltime staff member if AI War sales continue to be
as great as they recently have been. In the meantime, we’ve left the
rights for OST sales with him so that he can promote his incredible work
beyond just the gaming community — we’re thrilled to see it now
appearing on iTunes.