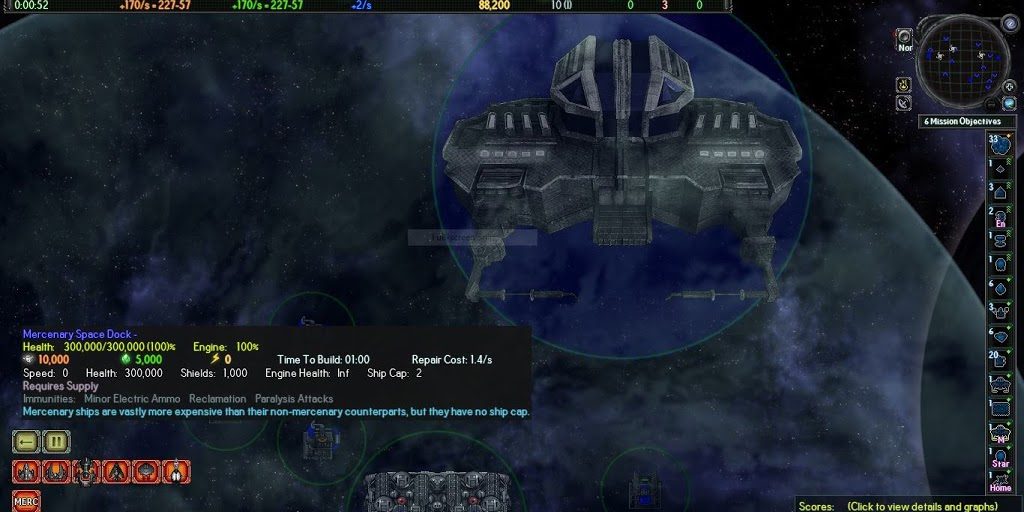 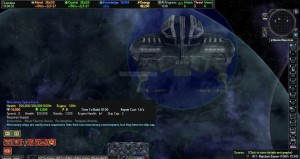 The full release notes are on the Arcen forums. This update has such a broad spectrum of new stuff that it’s difficult to summarize.

First of all, on the Children of Neinzul expansion side we’re getting quite close to done with the initial feature set — though there’s still a long way to go with bug testing/fixing, balance adjustments, other secondary features like new achievements, and so on.

The planned Youngling Mimics were problematic when it came time to actually implement them (they were either two powerful, too weak, or too fiddly every way we thought about it with detailed designs), so now those have been implemented as the Youngling Nanoswarm. The nanoswarm fills the same conceptual space that the mimic did, but it does so in a way that can be effectively balanced and that isn’t fiddly to use.

Speaking of Younglings, there were some problems in prior releases with their lifespan being a bit shorter than we wanted based on the granularity of the self-attrition when it comes to low-health ships. This has been fixed.

Also for CoN, we now have two new minor factions for them: the Preservation Warden and the Roaming Enclaves. The roaming enclaves are particularly exciting because of how unpredictable they are, but both of these minor factions add something new to the game (the preservation wardens try to kill all your harvesters, to great effect). Along with these, there are now three new AI types/personalities: Neinzul Youngster, Support Corps, and Warp Jumper. The Warp Jumper in particular makes it for a very different game since it doesn’t use warp gates but instead is able to warp anywhere. This makes the normal mechanisms for protecting your flanks completely ineffective, but it also leads to 25% less AI Progress since the warp gates are missing. All in all a challenging AI type.

Aside from those larger pieces of functionality, the CoN expansion has seen a lot of other tweaks both major and minor. In recent releases, players were seeing the numbers of Viral Swarmers quickly climb to 35,000 units or more in the early game, which was obviously far too extreme, so those have been toned down. There are 23 new CoN achievements, and some tweaks have been made to hybrid hives, amongst other improvements.

So far all I’ve talked about is the additions and changes for CoN, which are significant, but equally significant are the changes to the base game itself. In the last prerelease the game received a completely new endgame, which really changes the feel of the end of the game for the better, based on a lot of player comments and a lot of long-term design thoughts we’d been mulling over. This release extends that thinking into the early and the middle game, as well.

The first major change is to the AI per-planet ship caps. Previously, the AI was limited to having around 5000 ships per planet, and it would gradually reinforce until it hit those caps, then it would eventually start upgrading the mark level on those ships. This worked pretty well, but in the long games it made for really high ship counts on every planet, which led to epic battle after epic battle, and which could harm the framerate on non-latest-technology computers when the galaxy-wide ship counts were getting into the hundreds of thousands. We’ve previously combated those performance concerns in a variety of ways, capping the AI to a maximum of 175,000 units galaxy-wide for example, as well as just making the code more efficient and using batch processing and such.

However, at this point we’ve decided to add on another layer of shifts that will help performance on older hardware and in those 30+ hour or 60+ hour edge-case games: we’ve reduced the effective ship count from 5000 to around 2600 on the AI home planets and around 2000 on all other planets. The nuanced effect that this has on the game is hard to succinctly explain, but the shortest possible explanation is this: it will make the performance better overall, it will make attacking entrenched AI planets less likely to ever be a grind, it does NOT eliminate the massive 4000×4000 (or even more) ship battles, but it does make them considerably more rare on a per-campaign basis — once or twice per campaign, perhaps, rather than every other planet. Of course it could be a lot more common even now, depending on your playstyle.

Please note that these ship cap reductions affect the AI only; the human player ship caps are untouched. On the surface, it would seem that this would make the game a lot easier, but this is not so. Also added in this release are new AI Barracks, which store AI overflow units (between 200 and 1200 units per barracks). Basically, the AI can now have more units than ever, but just with a lot of their units stored in a completely idle fashion in these barracks. The human players then have a bit more choice of when and how to engage these barracks and the units they contain, and this can make things like command station sniping far harder without dragging down the framerate during normal play.

But the AI Barracks alone certainly would not compensate for the reduction in AI ship caps. Thus five marks each (I-V) of nine new guard posts have been added to the
game. These are specifically NOT for the AI homeworlds, but are now used
in place of all of the previously-existing guard posts and stealth
guard posts that used to be in the game (special forces guard posts have
not been altered). These new, specialized guard posts vary in rarity and effect just as do
their counterparts on the AI homeworlds, but these have very little
overlap in terms of specific function with the homeworld-specific guard
posts. Also, with the exception of the “AI Command Station Shield Guard
Post,” none of these new guard posts protect the command stations from
being destroyed.

The primary function of these specialized guard posts is to make the
assaults on AI non-homeworld planets more interesting and varied. These
first 45 new guard posts should be considered the first steps into this
new design paradigm for guard posts, rather than the end-all designs. In
other words, there is lots of room for growth in terms of variety and
function with these, same as with the guard posts for the homeworlds. The secondary function of these new guard posts is to counteract the lowered difficulty based on the lowered AI per-planet ship caps. These guard posts
now form the centerpieces of more varied sub-battlefields within the
larger battlefields of each planetary area.

All in all, this release really helps to push AI War forward by making it much more varied in the texture and scope of its battles. Sometimes you’ll just have golems or starships duking it out with the large, specialized guard posts. More often you’ll have a mix of scale of ships, including the larger centerpieces surrounded by the hundreds or thousands of supporting fleet ships. Other times you’ll still have thousands of fleet ships versus thousands of other fleet ships and/or turrets. Increasing the variance between the many planets has been a big goal for us lately, and this is a huge step in that direction.