This one simply has a laundry list of bugfixes and balance tweaks, as we push onwards toward having the new version release-ready.  It also has a very cool new forcefield hit effect animation by longtime community member Hans-Martin Portmann, which adds to his long list of graphics submissions (he was responsible for our original explosion improvements back in the 1.301 days, for example). 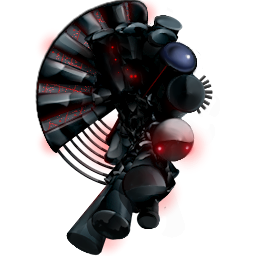 The biggest fix in this version is to an issue that could cause a lot of AI ships to show up as invisible in far zoom mode in the last version if you were on a planet where the AI was still in cold storage.  But, there were also a bunch of interrelated bugs with speed boosting, gravity effects, and group move that are from the last few versions and which are now fixed, too.

The biggest balance change is to the fortresses and superfortresses for the AI players.  They are no longer mobile, but in the case of the regular fortresses they now have slightly more health but substantially less range.

There’s a fair list of other stuff in this one, too, but it’s all just small miscellaneous stuff.  Important, but difficult to summarize — check out the release notes if you’re curious!  More stuff is coming next week in terms of polish, and then we’ll be all set for AI War 4.4 and Light of the Spire.  We’ll be doing a Tidalis official release next week, too.  Then we’re finally going to be ramping up real development on A Valley Without Wind! We’re quite excited about that, and about the state that AI War is in (or almost in), too.  Enjoy!