This release adds a bunch of stuff.  For the base game, that includes a number of balance tweaks to make the Heavy and UltraHeavy hull types not quite as hard-countered by bombers and the like, and some performance tweaks.  It also has some minor interface tweaks and extensions, as well as a few other balance changes to the higher-level starships (spire and core, mainly).  We also made major changes to the sound effects part of the engine in hopes (once again) of nailing that elusive OSX bug.  And we upgraded the game from Unity 3.0 to 3.1.

For the Light of the Spire expansion, there’s a ton of stuff here: more balance changes and improvemetns have been made to the Fallen Spire story-driven minor faction, and episode 4 of the Fallen Spire is now also in place.

Additionally, 35 new AI Guardians (5 marks each of 7 new guardian types) have been added for LotS: Carrier, EMP, Self Destruction, Special Forces Rally, Vampire, Warp Gate, and Zombie.  Some of these are tough enough that they only appear on higher difficulties, and fairly rarely there.  In all, this nearly doubles the number of types of Guardians from the base game. 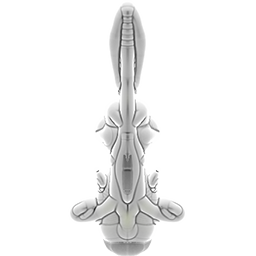 Also for LotS, six different kinds of asteroids are now seeded throughout the galaxy in
the following order of rarity (from least to most rare): Reptite,
Pysite, Xampite, Ebonite, Adamantite, Titanite. You can’t do anything with these quite yet, but they’ll be useful very soon for creating the Spirecraft ships (those “larger than a starship, smaller than a golem” ships).  Start staking out your Titanite now! 😉

Oh, and there are tons of new graphics for the Light of the Spire stuff.  All of the Fallen Spire ship graphics are now in (though some of the far zoom icons are still temporary), and various other ships as well.  In the base game, even the existing Spire Starship has been upgraded to use the new visual styling that will be common for all the Spire ships.   See to the right for what that looks like — it’s even cooler in-game, on a darker background.

Now that a lot of the art stuff has been worked out (since I’m doing all the art on this one — using ZBrush, Photoshop, and a Wacom tablet, and in some cases Groboto, if you’re curious), the actual new ships will be coming through quicker.  Coming up with a compelling art style, and figuring out the specifics of ZBrush, which I’m new to, took more of this week than I’d planned on, but the results are well worth it as you can see above.