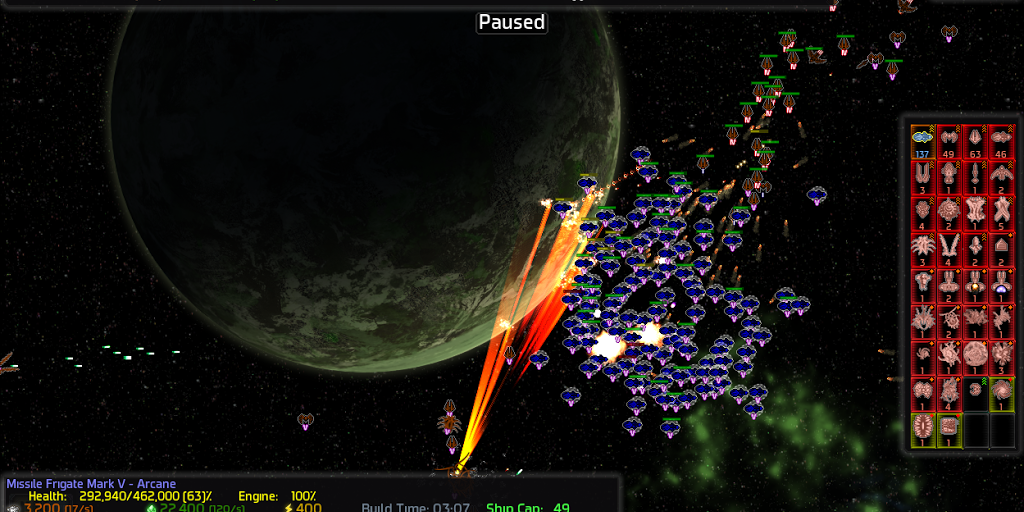 This update has a goodly bit of stuff in it.  First off are a mix of bugfixes and balance tweaks for both Light of the Spire and the base game, most notably relating to bomber starships and turrets.

Secondly, the first version of the Fallen Spire minor faction for LotS is now in there.  As we’ve noted in the past, this is one of the major anchor features of this expansion, and it’s sort of a scripted sequence of events that you can go through to achieve… well, that’s secret.  At the moment, only about 10% of the events are in place, and only a few of the new specialized ships relating to this story-based minor faction are in place, but a lot of groundwork is done for how to create the rest of the events and ships related to this.  This one is really exciting, but we’re being careful to avoid spoilers on what the actual events entail.  Stay tuned on this one! 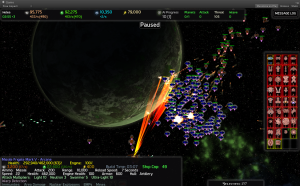 Lastly, four new core AI guard posts have been added for LotS:  Booster, Cross Planet Attack, Heavy Beam, and Raid Engine.  All four of these basically add variety to the end-of-game scenarios
(most specifically the CPA guard post is wildly different), which has
been a long-term goal for the game for a while now. Because of the
comparative rarity of AI Core Guard Posts (they only show up on the AI
homeworlds), we won’t be adding too many of these in this expansion,
though — more focus will be going into the regular Guard Posts (mark
I-V) that show up on all the AI planets randomly, as variety is even
more critical there (in one sense).