This is one of the more challenging sets of release notes I’ve ever had to write up, and not for any bad reason. How can I really summarize 90 beta releases that span 230 days (Jul 17th, 2021 to today), and which have full notes that are 184 thousand words long? I can’t even just skim those full release notes, because they are longer than TWO trade paperback novels.

So… please know that this is super-abbreviated, however long this turns out to be. Let’s talk big picture, first:

Why did we go into beta at all?

The short version is that I wanted:

I figured this might take about a month. The core of this took two months, and then cleanup took another half year while also developing out new and improved features. If we had halted all development, that process would have been faster, but it also would have more bugs at this point. Instead, we put all the new-feature development alongside the fixing-fallout-from-the-refactor, and that was a much better way to handle that.

All Old Savegames Do Not Translate Forward!

With AI War 2, we hit a point where there were simply too many architectural gains that we could make by reformatting things, and so this beta is the singular long-term save breaking build we’re going to do. If you have existing games you want to finish from prior to this build, you will need to do that via the Betas tab. There’s a y_historical_3_309 that will let you finish older games from pre-4.0, and that will be left in place indefinitely. 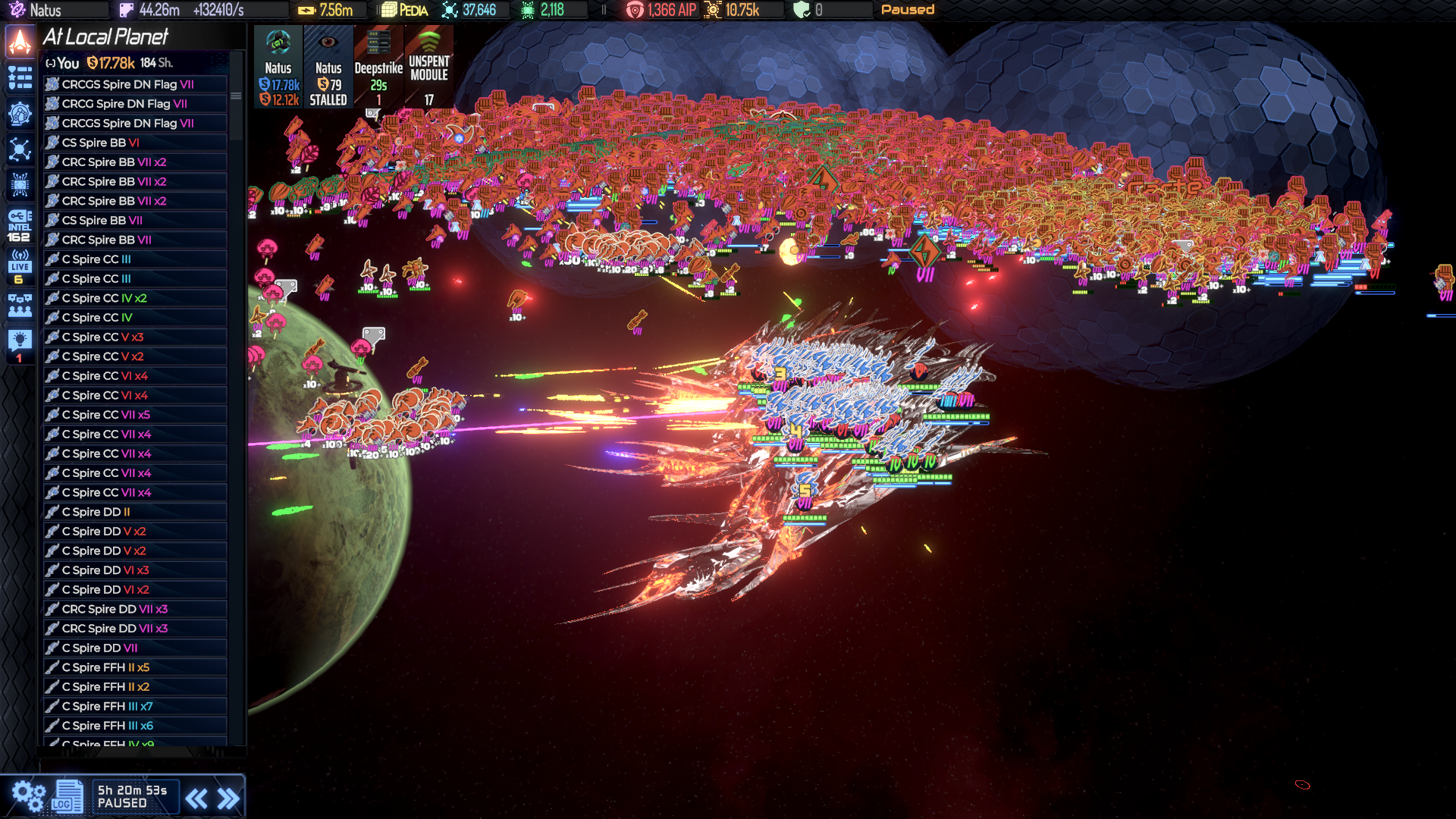 Big Picture, What Is New?

This has been a technical revolution for the game, and performance is better than ever, a well as using however many cores you have. Multiplayer works better than ever before. There are multiple new modes of play, called “Campaign Types.” There are a bunch of new features for the base game, and for DLC1, all available now (the price of DLC1 is also rising today to match that of DLC2 and 3). Modular ships are a thing now, as one example of new stuff.

How about a list? I am going to omit everything that is from DLC3 development, because that gets even longer.

There are some major omissions from that list, which I’m going to talk about separately: 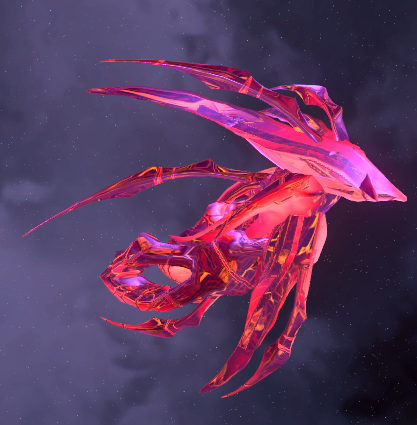 Campaign Types: Expert Mode and Beyond

This is a huge topic all on its own, but essentially these are new ways to experience the general content of the game. These have increased complexity, or more formalized rules, or both. They also tend to get increasingly difficult, but you can use lower-difficulty enemies in concert with a more complex campaign type, so it’s not purely a matter of difficulty. This is more about the complexity of strategic thinking, if that makes sense.

Humanity Ascendant is the default gameplay mode, and the one you’ve known for quite some time. HA campaigns are dynamic, aggressive, and reward the seizure of territory with powerful features even if they are difficult to defend. Your primary challenge will be assembling a force that can crack the AI Homeworld(s) without allowing the AI to scale beyond your means to defend against. Other than your home command station, there are few strategic locations that are critical to defend, making HA campaigns more of a cat-and-mouse war.

Challenger is a new mode, which basically just disables some of the more cheat-style configuration options from the lobby, as well as enforcing a few things like Distributed Economy (making your metal harvesters worth defending), as well as a few other minor tweaks.

Expert is an alternate, more difficult, official campaign type for AI War 2. Expert campaigns are tense and complex, where you must choose your strategic targets very carefully and have many fronts that you must defend. You must fight a minimum of two AIs, like in the original game — a lot of the complexity of the game is lost when you only have one AI, because you don’t get that ramp-up in challenge after defeating the first one, and have to figure out how to still deal with the second one.

In addition to everything that Challenger mode adds, this mode forces on mechanics that make beachheading harder to cheese. You also get only one Battlestation at the start, rather than two. There are some other features that are only forced on for Expert, but you can enable most of those features in lower modes as well.

Logistician is basically Expert mode, but with the addition of Fuel to manage. Fuel is a complex new system, and we encourage you to give it a try, but it’s not going to be for everyone. Fuel makes you have to take more planets, has a major impact on the general flow of your game, and requires you to manage logistics in a way that the game otherwise does not ask of you. Expect some new Strategic Sage videos on this subject shortly, as he was one of the primary architects behind this and the other higher-complexity game modes.

Deathwish is the final new campaign type, and it is meant for brutalizing people with permanent losses of key items when they make a mistake, restricted map types, enforced ironman, and other not-for-mainstream-play type of features. This is basically the “Full Sage” mode. 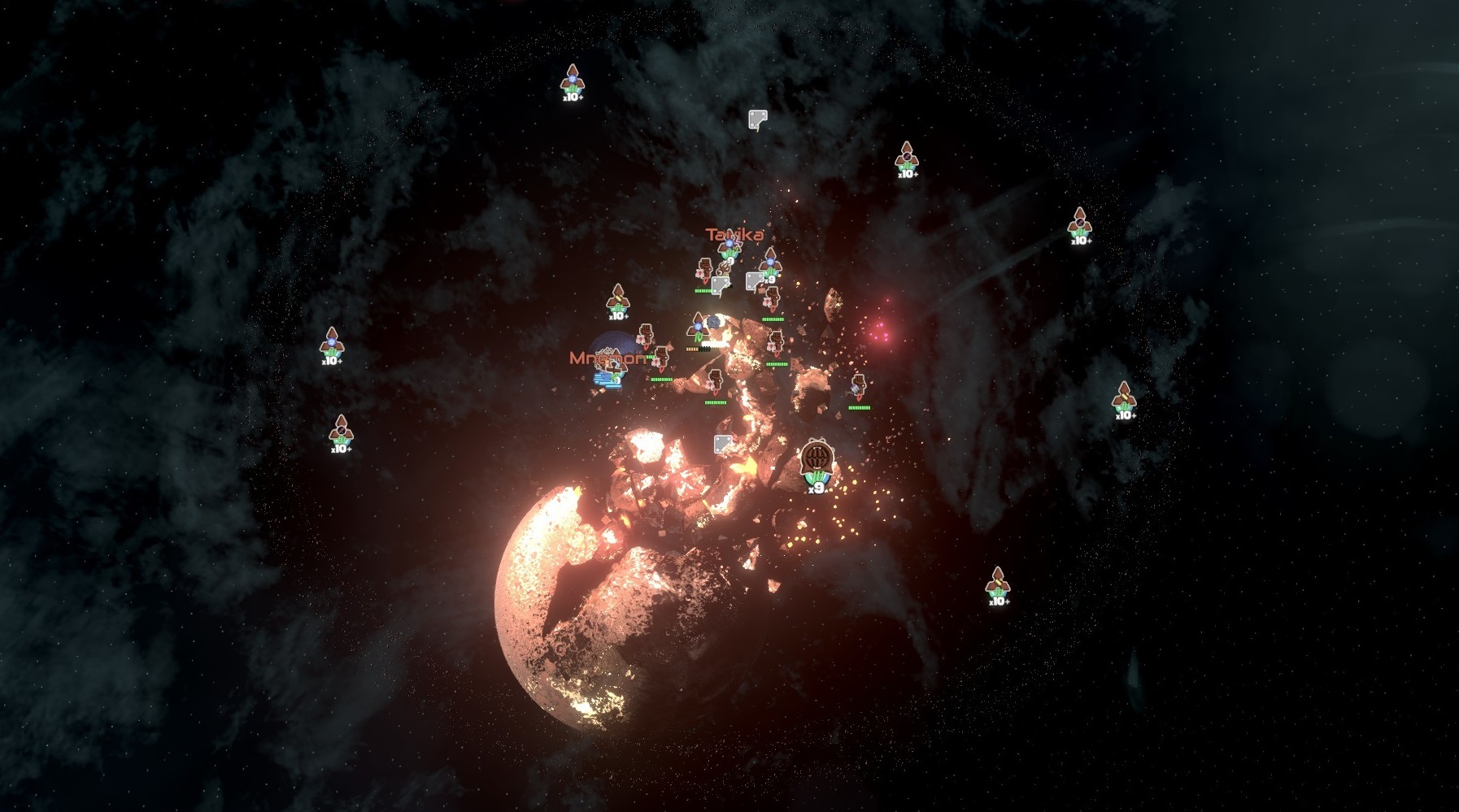 In general, we don’t directly maintain mods ourselves, but here’s what is going on with all the mods: 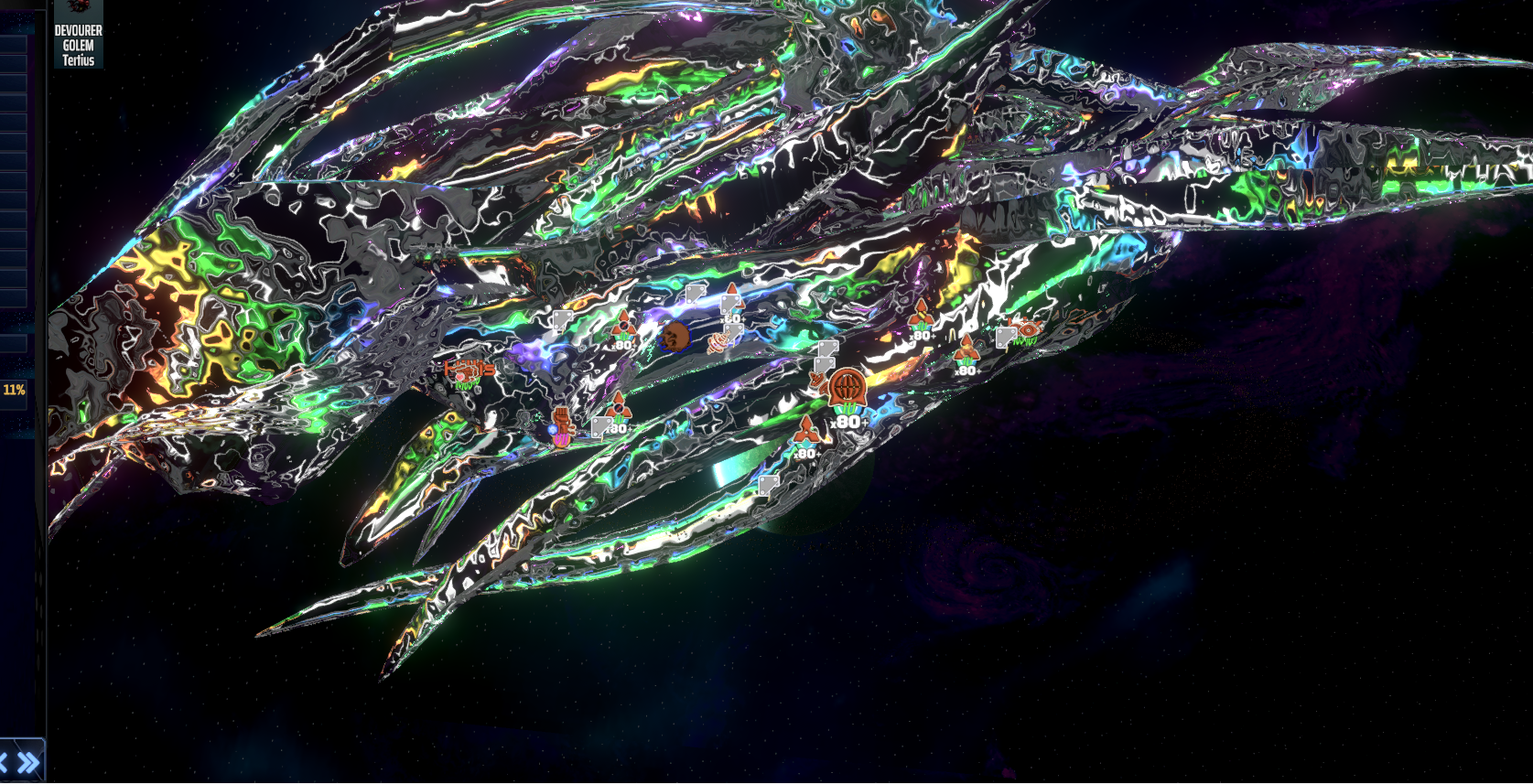 A lot of these were mentioned above, but basically it’s two new map types, modular ships (fallen spire particularly, but the feature in general for modding purposes), Ark Empire and Spire-Infused Empire player types, and then the new Spire factions from StarKelp. About those new factions…

A Gray Sphere, a Chromatic Sphere, and a Dark Spire faction will be automatically included when this Faction is enabled, and these factions will use the Intensity set on this faction.

If you help either the Gray Spire or Chromatic Spire become suitably dominant, you will be able to hack them in order to get either Warheads (Gray Spire) or Interplanetary Weapons (Chromatic Spire), respectively.

HIGH IMPACT: By enabling this, not only are you adding in two Sphere factions and a Dark Spire faction, but every single one will be stronger than normal, and be actively aiming to fight. You will have a whole other war to worry about during your own.

Most notably, the Dark Spire do not care who attacked them, and will be out for blood. You’ll want to shore up your defenses more than usual to account for this.

Oh, and there’s also the Chromatic Spire, too. Man there’s so much!

Technically I’m still noting that part of the game as being in beta (as it always has been), but that status will be gone within the next month. Most of the serious issues are gone now, but there are still enough nits that I want a last bit of extra testing before I call that non-beta.

It’s quite playable now, though, and the worst thing that might happen is that a client might need to disconnect and reconnect to solve some passing issue. This is a major milestone for us!

Yeah, we’ve been really busy on this. And there’s more to come soon. We’re also going to do a Developer Supporter Pack DLC before too long, because the fact is that we don’t make a living from this game (I have a huge financial loss from it actually). But I’m really proud of how this is shaping up, and the Complete Edition with the truly giant third DLC is also coming within about six weeks, give or take a tiny bit.