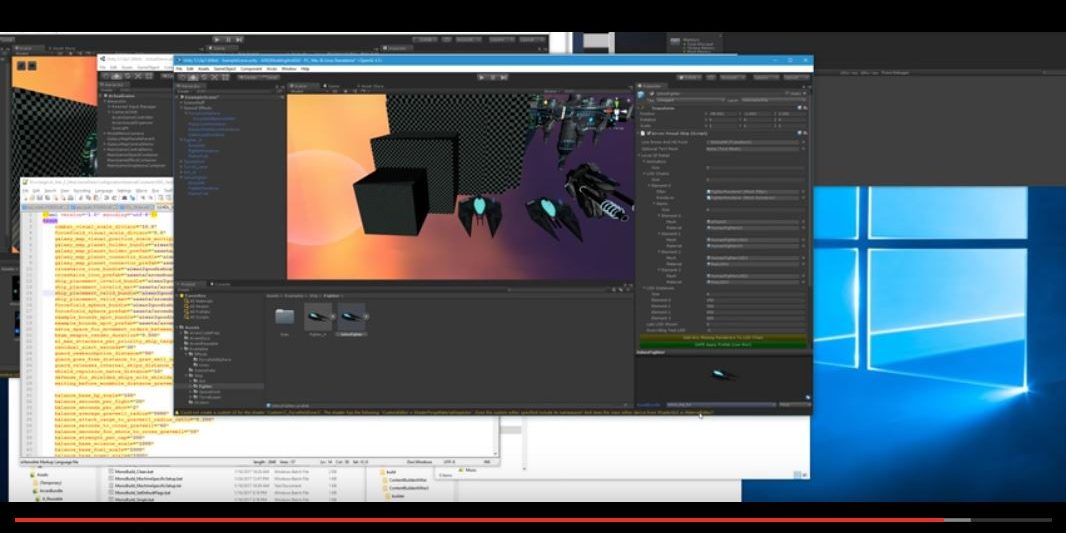 Version 0.109 – Special Forces And Modding is short on release notes but long on impact.

There are two really major components added in this one that Keith and I have been wanting to get in there for a while.  The first one is the special forces from Keith, which you may remember from The AI From Within: Part 4.  So that’s… a pretty awesome big deal. 🙂

The second item is one that has been on my todo list since before alpha even started, which is the unity project for modders.  That link has a good video tutorial that covers the setup on all that, and it’s that screenshot that you see above.

This lets modders start experimenting with graphics, and soon sound, for the game.  But this also is a project where we’re going to be putting all our GUI bits — meaning that Keith is able to manage those assets more directly when they are in the prototyping phase at least, and meaning that the GUI will be as open as possible for people to make any sort of edits to.

Blue and Cinth are both still plugging away at some cool things at the moment.  She’s finished well over half a dozen new ship models that had backed up in my queue for processing into the game, and Cinth is taking that load off of me.

Blue is working on a new version of the icons for squads, based on lots and lots of feedback from folks so far, and then our interpretation of the overall trends (since individual opinions vary quite widely).

We’re not going to show off the new icons at all until they’re fully integrated (sometime early next week, I imagine), because we’re now to the point where it will be most helpful for all of us if you can see the next prototype fully in place in the game.  We’ve had a lot of people having to try to imagine how things will look in actual practice when there’s a lot of stuff onscreen at once, and while people have done a fabulous job with that, hopefully we can all agree it’s time to stop imagining and start seeing.  Then we’ll continue iterating from there, as needed.

Anyhow, there’s a lot of other random bits of things inwork as well.  As always, I suppose.  Definitely an enjoyable time at the moment. 🙂