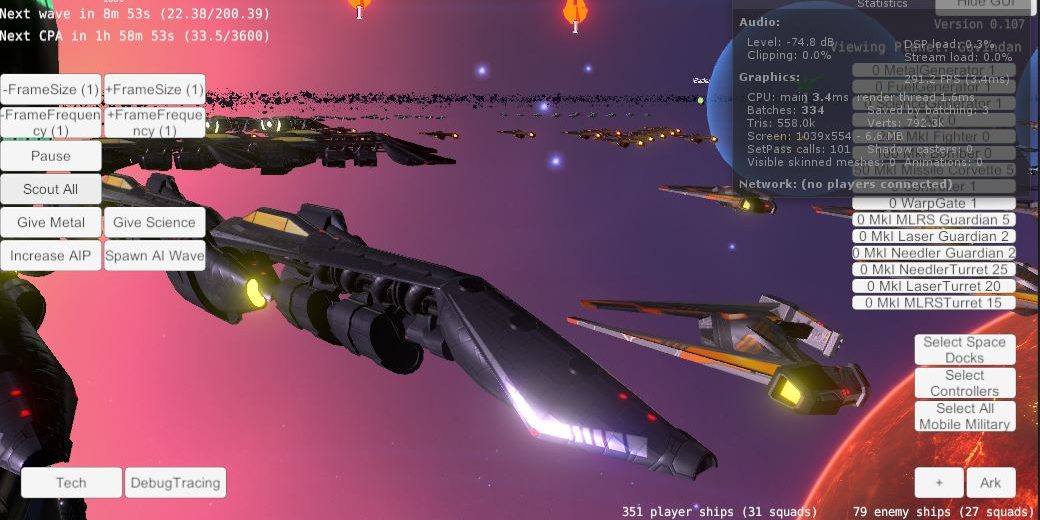 0.106 was just a minor bugfix version on Monday.  This one is more midsize.

There are a variety of visual and performance improvements in here, and some things to help us figure out why OpenGLCore may have been in use on some (all?) machines instead of DirectX9.  There are a lot of visual tweaks to the ships themselves. 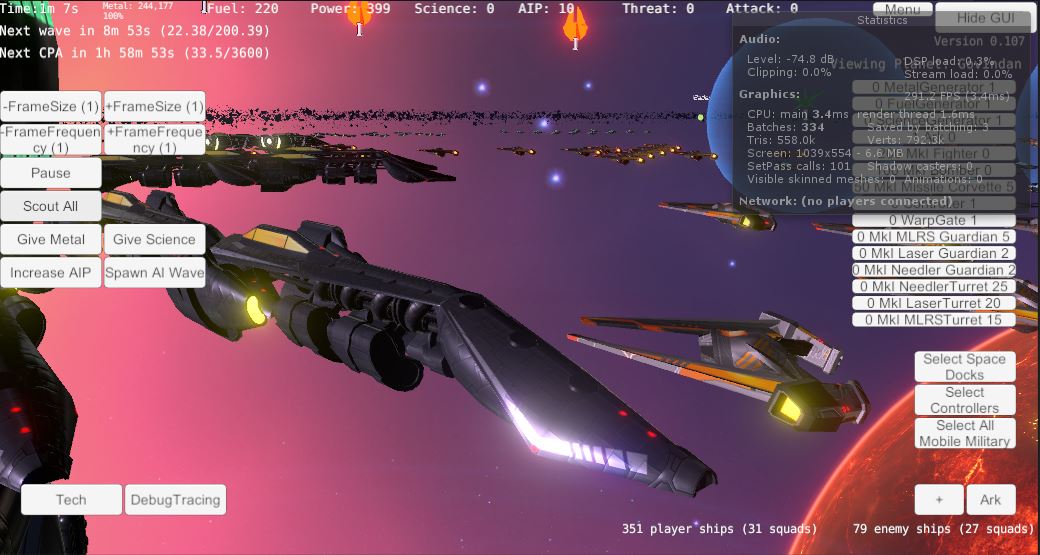 The biggest new thing that Keith is working on isn’t in this build, but should be ready tomorrow from the sound of it — that’s special forces. :)

Blue and Cinth and I all have more goodies that we’ll be sending your way soon, too.