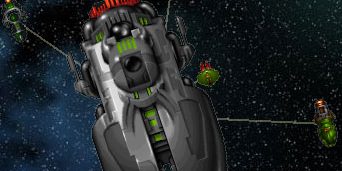 Arcen Games is pleased to announce the release of AI War: Fleet
Command version 1.011. You can download a trial version
of the game, as well as purchase
a license key to unlock the full version. If you already have the
game or demo installed, just hit “Check For Updates” inside the game to
get the latest patch. 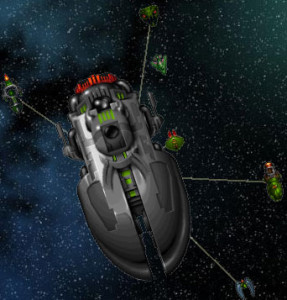 – Several art upgrades — much more to come in future releases.

– Starships now have various bonuses against force fields, and have
munitions booster ability.

– AI wave logic updated: the relative size of the wave now depends
partly on the time since the last wave.

– All turret health has been greatly increased.

– The network command logic has been completely redone, and is now
significantly more efficient.

– Collision logic improved and sped up, and ships no longer bunch up
so much when moving in large groups.

– The build buttons and tech buttons are now organized into columns
as well as rows, making for much easier management.

– AI reinforcement and tactical logic has been made more intelligent
in several ways.

– Force fields are now larger, but shrink in size as they take
damage.

– The minimum system requirements have been lowered thanks to all
the recent performance improvements.

– Fixed issue with the AI thread stalling out in some very specific
late-game circumstances.

The above list is just a sampling, however, so be sure to check out the
full release notes to see everything (attached at the end of this post).
More free DLC to hit in a week or so. Enjoy!