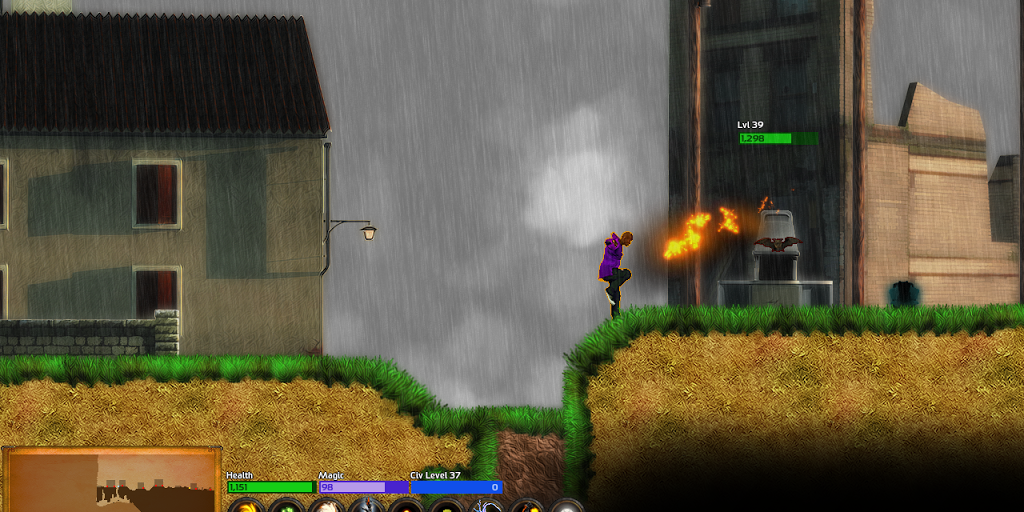 There comes a point in every good game’s life where it stops feeling like a prototype, and starts feeling downright fun.  For AVWW, that time is now, and it came about because of a fundamental shift we made to the game: rather than being a top-down 2D game in a faux perspective that is common to SNES, DS, and pixelart games, it is now a side-view 2D game.  It’s still a sprawling adventure game in an infinite world with a top-down overworld map, but the perspective of the actual action-adventure bits has now flipped. 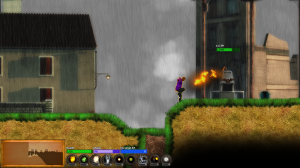 It’s amazing how obvious this change seems in retrospect: it fits perfectly with the rest of the game’s design, and in fact augments it.  There was recently a three-page feature on AVWW in PC Power Play, and literally the only thing that’s now outdated in that article is the screenshots.  Settlements, crafting, hopes, deeds, NPCs, and so on have been completely unaffected by this shift.

The perspective change has been a unifying force for the art as well as the gameplay, while ditching the camera angle that was bothering so many people in the previews.  All of the individual graphics in the last video diary were high-res and attractive, but the overall composition was never able to gel until now.  I find it really telling that when our PR guy Erik saw an early side-view build, his first comment was to compliment me on the new art — and that was before I’d changed any significant portion of the art he was seeing.

The traditional faux top-down perspective blends elements that are side view and elements that are top-down and elements that are partway between; this works with pixelart, which is more abstract, but really bothers people increasingly as you move into higher res stuff.  So what Erik was seeing was all the side-view stuff that I hadn’t even changed, just with the top-down stuff lifted out.  Scene composition counts for a lot, as any photographer will tell you.

Keith and I originally talked about making a switch to side view on the day after Christmas.  I felt like it would give an enormous boost to the art, but Keith worried that the game would feel more arcade-like in a bad way, and I was worried that I wouldn’t be able to implement the sort of tactical combat that I was hoping for.  Just when I had convinced Keith to do it, I flipflopped and we stuck with a top-down view.  It’s funny looking back at those emails now.  On May 27th, after months of trying to make the top-down view work, I finally realized that the side view was what we needed to do.  Blue’s News has been calling it a side view game every time we do a dev diary, so I guess Blue has a pretty good crystal ball!

Part of what convinced me that this was the right direction to take the game in, and not just for art reasons, was the evolving design of the combat.  I wanted a reasonably tactical gameplay experience, but in realtime that comes down to the choices that you make more than battlefield position.  Location changes too rapidly in this sort of realtime game to be a substantial force for tactical maneuvering, so the bulk of the tactics come down to what abilities you use, and when, and in what combinations.  And I realized that would be absolutely killer in a side view game — as a kid I had a special love for side scrolling games such as Zelda II, Faxanadu, Ironsword, Metroid, and Castlevania II.

It’s the sort of game design challenge I just absolutely salivate over, and I think we’ll have something really fresh and exciting even by beta.  The last few weeks have been euphoric for me, as this one simple change just solves so many problems that had previously seemed intractable.  Even Keith, who really doesn’t like twitch games or platformers, has been remarking on how much more fun the game is lately, which I take to be a very good sign.

Also in the time since the last developer diary, we’ve added over a hundred new objects to the game, a handful of new spells, several dozen new buildings, and several new animations.  Oh, and we’ve added chains of underground caverns, which are a major new thing.  This means we’re getting started on vertical development in a major way.  However, at the same time we managed to completely redo the inventory interface, get most of the work done on an all-new crafting system, redo the bulk of the art that we already had, do all the new physics for the side view mechanics, and in general convert over all the adventure-related and graphical-related code so that it is now side view instead of top view.  That’s exactly as much work as it sounds like.

So how were we able to get so much done on the vertical development front while we were still making so many structural changes to convert this to side view?  Simple: it’s incredibly faster to do work for a side view game.  I don’t have to spend hours fiddling with new pieces of art to get them in the exact right fake perspective that people will complain about anyway; I just render it from the front side, and that’s that.  I don’t have to render front, back, and side perspectives for every character and monster (and even with that, people still complained about not getting front-angled and back-angled versions); instead I just render the side view, and that’s that.

The result of this side view switch is something that looks incredibly better, that’s orders of magnitude faster for us to create, and that’s more fun to play.  It also helps give a much stronger sense of place: partly it’s seeing the sky when you’re outside, but it’s also the varied terrain height, long falls, poison water, and so on.  There is more interesting stuff visible on the screen at all times now, but amusingly the new perspective is still about three times lighter on the graphics card thanks to not having to render quite so much grass; my average framerate is now about 250fps instead of 80fps. 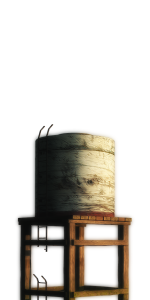 Rest assured that we’re committed to the same “easy to get into, but incredibly deep” gameplay that we’ve been talking about since the start on AVWW.  The last few weeks we’ve been making huge strides along that very path.  We look forward to sharing even more of our progress with you over the coming weeks, and we expect to hit beta in early August.  Player feedback has been instrumental for us in helping to polish this game and particularly to make the perspective shift — that’s something I can’t emphasize enough.  People tried to help us improve the faux top-down perspective, and when that didn’t work as well as anybody wanted we went another direction.  I think people will be really pleased with the result.  If you haven’t already, be sure to check out the latest video and see for yourself!

Speaking of player feedback: we are hearing the requests for more concrete information and visual demonstration of what’s going on with the NPCs and settlements and so on.  In response we’ve been working on a dev diary that gets into some of those details.  So rest assured that more info on that is coming (currently targeting one of the next two dev diaries, along with crafting, for the next few weeks), but it’s going to take a bit longer to do well.  A bit later today I’ll have a more detailed developer diary talking about specific new elements that are already in the game in greater detail (UPDATE: here is the new post).  Enjoy!