Busy Schedule For The Remainder Of 2012 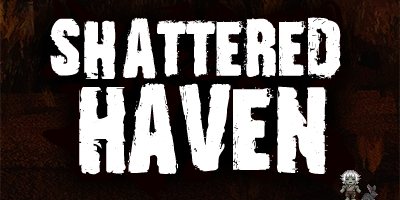 If you’ve been keeping an eye on the forums and/or the Games By Design blog, you’ll know we’ve been planning quite a bit for the second half of the year. A new AI War expansion, completely redone art for A Valley Without Wind, and the reveal of our latest title Shattered Haven.

AI War: Ancient Shadows Beta Incoming
Beta and pre-orders are imminent. I can’t give an exact date (or rather I don’t want to provide one and have something come up after that ends up changing it), but those looking for the first taste of the fourth AI War expansion won’t have to wait much longer. Take a peak at the Marauder Starbase if you haven’t yet.

We’re hoping for the beta to last around two months and then have an official release for Ancient Shadows alongside AI War 6.0 sometime in October.

A Valley Without Wind Art Rework Underway
This has been building up for sometime. After deciding not to go with the Kickstarter route for several reasons, we’ll instead be investing our own funds into fully redone art by Heavy Cat Studios. Full details here.

During this period the content updates regular players are used to will be much less frequent. Our hope is that we can resume that level of support after the new art update, though ultimately that will depend on how sales go. That said, we had a new patch this week which includes a couple new spells and a bunch of new room designs.

Shattered Haven Announced
Oh yeah, and we announced a new game! We’re definitely excited about the developments for AI War and Valley, but we’re flat out pumped for Shattered Haven (formerly Alden Ridge) and its beta/official launch later this year.

Game Anyone? Video Walkthroughs — A Valley Without Wind Parts 1-8

GameConnect — A Valley Without Wind Review

Roencia — A Valley Without Wind Review

MadCraftX3 on Youtube — How To Own at Valley Without Wind Beta

Diotliz on Youtube — A Valley Without Wind Covered Farms

Michael and Billy Play A Valley Without Wind Parts 1-6

Bob Larry on Youtube — Yoda Plays…: A Valley Without Wind 001